"We Can Pave the Way for the Younger Generation of Girls": Karen Gillan Interview
Daria Postnova, 13 ноября 2018
INTERVIEWS

Karen Gillan, a Scottish actress known for her roles as Amy Pond in the Doctor Who series, Nebula in Guardians of the Galaxy and The Avengers, and Ruby Roundhouse in Jumanji: Welcome to the Jungle, recently visited Moscow. As part of the British Film Festival, Karen presented her directorial and screenwriting debut feature — the drama The Party's just Beginning, where she also played the main role.

Party... is an episode from the life of a young supermarket saleswoman, filled with grief from the suicide of her best friend. She repeatedly tries to cope with the loss through a rather destructive scenario: alcohol, sex with strangers, chips.

We talked with Karen about her favorite films (spoiler: The Shining and Funny Games), the new season of Doctor Who, the role of female directors in cinema and more.

— First of all, congratulations on making your first film! I think it’s a really strong debut, and a very touching story — I’d even cried a couple of times while watching.

— It took a few years to transform your idea into a screenplay and then into a film... How has the image in your head changed throughout this time and are you satisfied with the results?

— I wrote this script about six years ago. It took about a year to write because I was writing it along with my acting job, basically writing it on the set of other films. Then I met my producer Mali [Elfman] who embarked on this mission with me to try and get the movie funded, which took, I think, five years. And then we made the movie, and I am even glad it took so long because I’ve matured so much as a filmmaker over that period. I'd made two shorts before then. So the final product was a lot better than I imagined it would be, because I had a greater understanding of cinema.

— Did you have to fit into a tight budget?

— Yeah, it was a very low-budget film, and we did not have very much time either, only 18 days to shoot the movie. For some context: I just came off two movies before that which took five months to make roughly the same amount of screentime. So it was a rush. 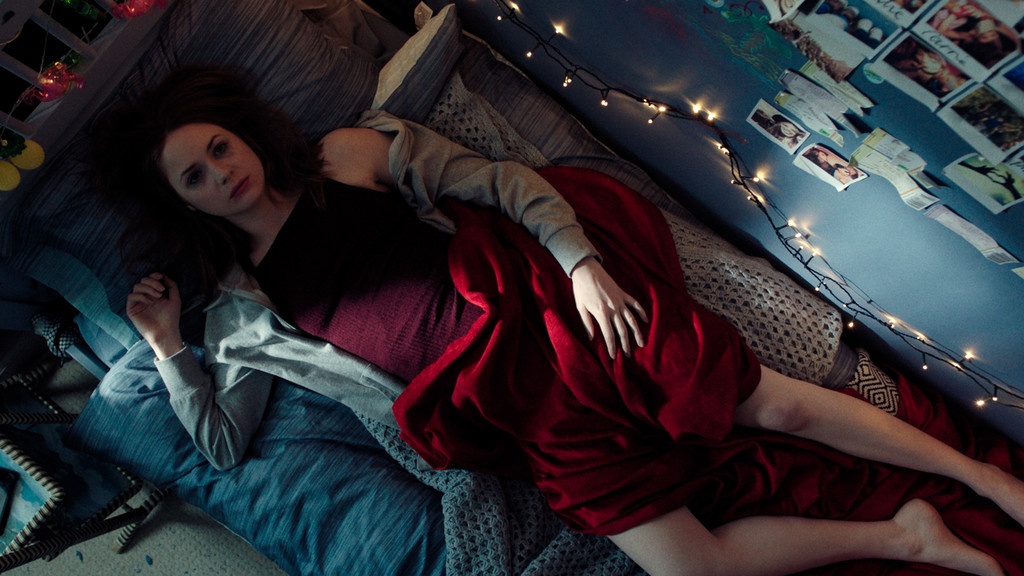 — What was the most difficult and the most pleasant thing about being a director?

— It was a challenge to play a leading role and direct the film at the same time because that involved a lot of multitasking. Literally running in, doing the scene, shouting "Cut!", running out, checking if everything is okay... So there was a lot to do there and it just required so much concentration.

The most pleasant thing was probably being involved in a project from the very beginning and till the end, being involved in the entire creative process. I am so used to coming into movies, filming my scenes, going away and then watching the movie like a year later. (laughs) It was very interesting to see how the whole process works. I loved post-production, that was also really fun.

— Do you think that the director should be able to do any job on the set to a certain extent — lighting, filming, costuming?

— I think it's important to at least have an understanding of what everybody does in the crew, because that’s how you are going to get the best out of everybody. A huge element of a director's job is choosing the best people for each job, and then allowing them to do their job to the best of their abilities. Also, creating a nice set environment where everybody can thrive creatively, offer their ideas, and not be scared to do that. That's how you get the best out of people and your crew.

— I think I've always wanted to be a director, but maybe did not realize that when I was younger. I hadn't seen a lot of women in that position. It just never occurred to me that I could do that, which is funny, because when I was growing up, my prize possession was a video camera. I would make all these weird horror films at my house with my parents playing main roles (laughs). But I was directing even then, so I've always had a desire to do it and then it just became obvious to me when I got older. 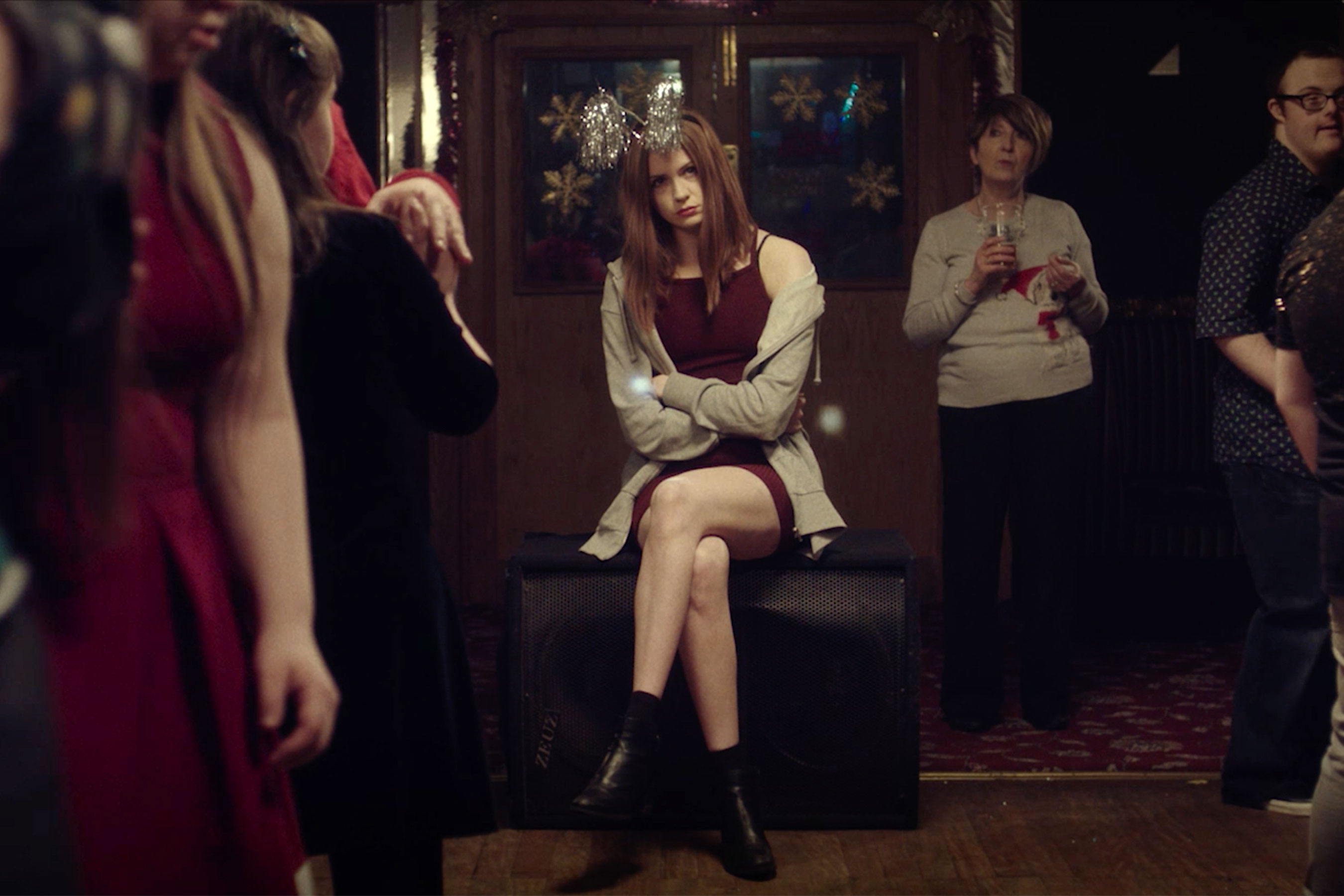 — Did you get any inspiration from your favorite movies in some ways while directing?

— I'm sure I must have done that without even realizing it. I think I've been absorbing the whole time... My favorite movies are Stanley Kubrick, Michael Haneke movies. Some people say I've got a little bit of that Haneke influence in there. I didn't set out to do that though, I've just tried to make something with its own identity. But I'm sure I've been influenced in a subconscious way.

— What movies do you rewatch most often?

— Probably, The Shining and Funny Games. Very dark. Or, something more lightly... The original Jumanji, I like it so much! Like the first one with Robin Williams.

— It is a story about your hometown filmed in your hometown — Inverness. How did it feel to be working there? How did you feel about Inverness when growing up — I’m asking, as in the movie we have a pretty dark picture of the town, even a bit like Castle Rock? So many suicides and…

— Yes (laughs), but it is such a beautiful place to grow up in. I wanted the movie to be both a love letter to the place, and an exploration of its dark statistics... The suicide rate there is higher among young men than in the rest of the country. That was just such a strange contradiction to me because it's so beautiful, picturesque and safe. So I've wanted to capture both sides of that, the light and the dark.

— Did you have to make your Scottish accent stronger during filming? Now your accent sounds more American, I’d say.

— Well, I think my Scottish accent has been diluted a little bit from being in another country… But it comes back when I go back to Scotland. I think it just naturally came back when I was shooting the movie because I was around a lot of Scottish people, and that made me sound way more Scottish (laughs).

— Did your crew have problems with understanding your Scottish accent?

— Well, our crew was mainly Scottish, so no. American producers seem to understand me okay, but when we were in Glasgow, I think they struggled with those accents, because there was a broad spectrum of Scottish accents (laughs)...

— The name of your character in the film — Liusaidh — doesn’t seem to be a very common name, so she usually presents herself to people as “Lucy”. On her badge at work it’s written down incorrectly, then crossed out and written by hand. What’s the meaning behind that? 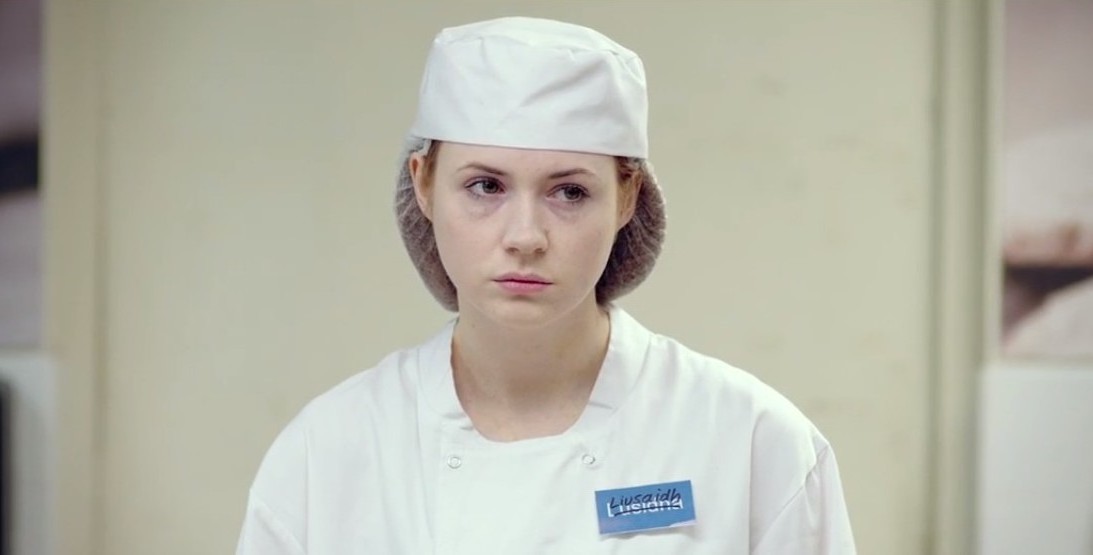 — I knew I wanted her to have a traditional Scottish name, and that is a Gaelic name, an old native language. I like the idea of her not representing her identity yet. People get her name wrong all the time, mispronounce it over and over, and I think that can contribute to an identity crisis too, like the one she is going through.

While talking to a stranger on the phone, she makes up a completely different name — Charlotte, because she finds it very hard to open up to people. So the only way she could really do that is by being completely anonymous.

— Everytime your character is going rogue, as in hard partying and sleeping with random strangers, we hear this loud, ear-throbbing original soundtrack. How did you choose the music for the film and what does it contribute to the character?

— That was not planned prior to shooting. We were already in the post-production stage, and then our composer, Kreng [Belgian musician], just offered this thumping part in music out of nowhere. We completely fell in love with it because it represented everything that was going on. It sounds like the heartbeat of the movie, and it just fits the character's emotional state perfectly while she's self-medicating with endless partying.

— Lee Pace’s character is complaining about his daughter wanting a mobile phone, and most characters in the movie use landlines, listen to CD-players and radio... Is that some kind of protest against technology?

— (laughs) I hate technology on screen, I don't like looking at text messages and mobile phones, so I was like, "I don't want any" (laughs).

— Do you use your mobile phone a lot in real life?

— Yeah, all the time (grabs the phone on the table) oh no, it’s yours, sorry! Yeah, I’m on my phone all the time, so maybe that's why I decided to take a break from it while filming (laughs).

— Karen, why chips? It’s such a central element to the film, that your heroine goes for a huge portion of chips after every party.

— Ooh, why the chips... I think that's a very typical thing for a Scottish girl to get drunk and then shovel her face full of chips. And all the people I know have done that growing up. When you get drunk in your early 20s then you need some carbs afterwards (laughs). 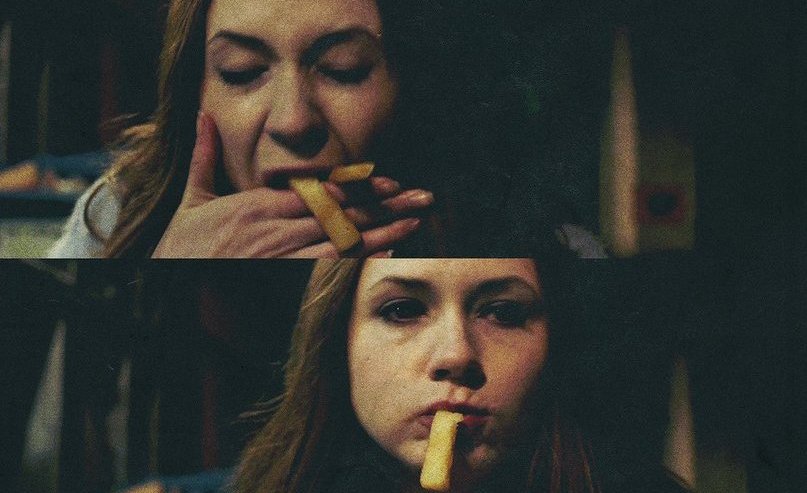 — Do you think your character in The Party’s Just Beginning has anything in common with your Guardians of the Galaxy and Doctor Who characters, did you borrow something from them?

— Oh, that's a good question. The truth is probably 'yes'. These heroines you’ve mentioned have something otherworldly to them… They're all girls who are lost in the world where they exist, whether that is in space, or on another planet, or this planet... I think the issues they are going through are quite universal, and I hope that people can relate to them whether it's an alien, a cyborg, or a human girl.

— Have you seen the new Doctor Who season?

— I just started it, I've seen just one episode to see Jodie Whittaker playing this character. And it's so exciting to see a woman in this role for the first time in the history of the show. I think she is brilliant and the whole team is brilliant.

— I would love to be her companion! (laughs). Sign me up!

— Do you think we need more female role models in cinema?

— I really think so, even considering just my own experience of not really thinking that I could be a director. It's not that I thought I could not do it, it just didn't occur to me that it was a possibility. If I saw more female directors I definitely would have thought of this earlier. So we can pave the way for the younger generations of girls, influence the way young women grow up, what they believe they can achieve, what is possible for them, what their aspirations can be. It just changes the whole course of our future.

Abel Ferrara discusses his latest film Siberia, the difference between reality and fantasy, and (a tiny bit) the Safdie brothers. ...